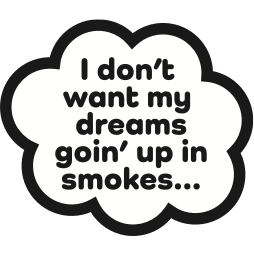 Local school students in the Adelaide region have been developing their own stories about the impacts of smoking, as part of a campaign run by, Nunkuwarrin Yunti of SA Inc., an Aboriginal Community Controlled Organisation.

134 students from across 8 schools sent in comic strip storyboards as part of a competition run by Nunkuwarrin Yunti to engage young Aboriginal people in efforts to tackle and reduce smoking in the community.

Out of the 134 comic strip entries that were received two winners were selected based on their creative portrayal of the impacts that smoking can have on young people’s lives.  The winning comic strips have been made into an live animations, see far below.

CEO of Nunkuwarrin Yunti, Vicki Holmes, said the competition and “Don’t let your dreams go up in smokes!” campaign was all about asking young people to share their own messages about smoking with their peers.

“The comic strips we received from local students show just how young people perceive the issue of smoking – and it’s often very different to the way adults think about it. This gives us a better idea about how we can engage local kids in the issue, in a way that’s meaningful to them.

“You’ll see in the animations that young people are really focused around how smoking makes them look, particularly young girls.  “They’ve also drawn links between the impacts of smoking on playing sport or being fit and healthy, which is a strong feature of our campaign.

The “Don’t let your dreams go up in smokes!” campaign uses positive messages to better inform young people about the impacts smoking can have on their everyday lives – such as playing sport, concentrating at school and having money for the things they really want.

The campaign was funded by the Federal Government in 2013-14, and Nunkuwarrin Yunti is continuing to engage with schools through the “Don’t let your dreams go up in smokes!” resources, as well as working with local partners such as SAASTA and the Australian Children’s University.

“We are working with SAASTA and the Australian Children’s University to get more students involved in the comic strip competition this year by tying it to their curriculum. We hope to launch a curriculum program sometime next term,” Ms Holmes said.

Processing...
Thank you! Your subscription has been confirmed. You'll hear from us soon.